The  recent judgment in R(Idolo) v London Borough of Bromley [2020] EWHC 860 (Admin) provides an important discussion of the positive duties of the state under Article 8 ECHR – and specifically, the issue of when an Article 8 breach may arise in the absence of any failure of a local authority to carry out statutory duties. Arianne Kelly discusses the case and its practical implications following the amendments that the  Coronavirus Act made to the Care Act. 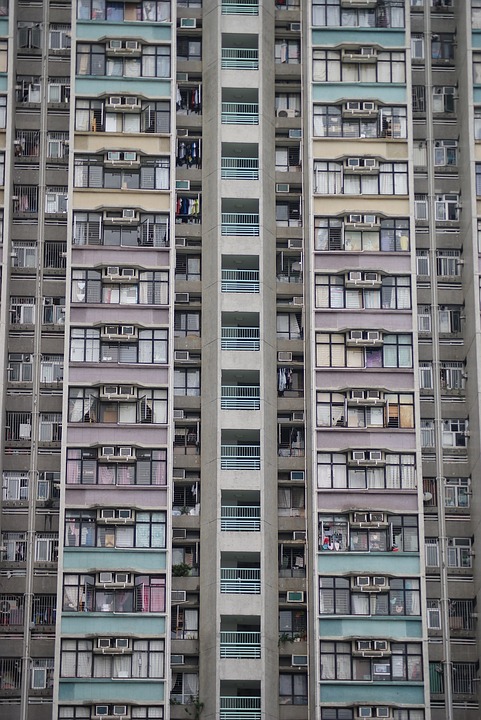 This application related to a challenge by Mr Idolo to the refusal of Bromley Council to provide him with what he considered to be appropriate housing and social care.

Mr Idolo was in his sixties, and lived with his wife and daughter in an eighth-floor council flat. While recovering from a medical emergency in hospital, he became unable to use his legs, and for the relevant period, he was unable to leave his bedroom or use his bathroom, relying on others to help him to get in and out of bed, dress, prepare meals or use the toilet. He was assessed as having eligible needs for care and support under the Care Act 2014.

He was discharged from hospital to his home, where he was given an adapted bed, chair, hoist and commode, and a care package of four care calls daily was provided. He unable to use a wheelchair because the doorways and corridors of the flat were too narrow, and he was effectively unable to leave his bedroom. A needs assessment recorded Mr Idolo stating that he was depressed and had ‘no quality of life.’

His family sought to be rehoused on medical and disability grounds, and Mr Idolo was assessed as needing a move to a new home, with requirements that it be on a ground floor, wheelchair accessible, and allow for other adaptations to enable his mobility and care needs to be met. Though he had a very high priority on the housing register, a new property meeting these requirements was only found after a considerable period of time. Mr Idolo he did not have concerns about the care being provided to him, but as a result of his housing situation, he was essentially confined to his bedroom for nearly two years.

Mr Idolo brought a judicial review seeking declaratory relief and compensation for the period during which he submitted that the Council had failed to fulfil its legal duties to him under the Housing Act and Care Act, and as a result, his Article 8 rights had been breached. While he was content with the housing and care he had at the time of the hearing, he argued that there had been an unlawful delay in providing it.

The court noted that any such inquiry is ‘highly fact-specific.’ The court and all parties accepted that during the relevant period, Mr Idolo’s life had been ‘indisputably grim’ and ‘his well-being was in a thoroughly poor state.’ There were no specific complaints regarding the care provided to him, and the change which he had wished to effect was in relation to his housing.

Statutory duties under the Housing Act and Care Act

The issue of Mr Idolo’s housing had been a live one since he was admitted to hospital, though the action required of the council depended on the extent of his recovery. The court did not fault the council for taking a phased approach in assessing Mr Idolo’s condition and housing needs following his discharge from hospital. However, Mr Idolo sought to argue that that the local authority made ‘an error of law in passing the housing issue into the housing department system rather than pursuing it as a social care solution in its own right….the

The court rejected this argument on the basis of s.23 Care Act, which forbids a local authority from meeting care and support needs ‘by doing anything which it…is required to do under the Housing Act 1996.’ The court offered discussion of the meaning of this provision, noting that ‘It is clear that there is an intention in s.23 to give a measure of priority to the general scheme of the Housing Act over the specific scheme of the Care Act…the law appears to provide is that (re)housing needs, even if identified through the Care Act route, cannot shortcut the detailed system of balanced priorities within Housing Act schemes, but must find their proper place within those schemes.’ While the court found that ‘duties under the Care Act as to the identification of needs should be read as extending to the identification (as opposed to the meeting) of housing needs’ it declined to read in a duty under the Care Act to rehouse Mr Idolo – these duties ‘fell squarely within the purview of s.166A(3)(d) of the Housing Act. He needed to move to a new home because he had become disabled.’ The court found the local authority had acted appropriately in its assessment of Mr Idolo’s housing needs, and the process of rehoming him was lawful.

Mr Idolo also pursued the point that his living in inappropriate housing for an extended period of time had resulted in a breach of the Council’s positive duties under Article 8. It was argued that ‘if a man with properly assessed adult social care needs for a new home ends up stuck in the conditions endured by Mr Idolo for as long as he did, something has gone wrong.’

The court considered the scope of the positive duties which flow from Article 8 ECHR. It noted that it had not been taken to any case ‘which suggests that absent such failures in compliance, a local authority has other free-standing housing and care duties derivable directly from the Convention or from more general public law duties. It is, moreover, not every such failure and breach which will sound in damages – a degree of demonstrable culpability is required also.’

The court considered Mr Idolo’s case was not comparable to R(Bernard) v Enfield (discussed in my earlier post here), despite the ‘factual and circumstantial similarities’ between the two. The court found that ‘Mr Idolo’s case does not disclose the same sort of category of legal failure, error and insult by the local authority. It is instead a case in which the housing he had been provided with became unsuitable because of what happened to him. In the initial phase, the point at which it became unsuitable was a matter of judgment and evaluation. As soon as it was formally assessed as unsuitable, by both the social services and housing departments, it appears that they co-operated to try and discharge what they agreed was the council’s duty.’

The court went on to consider Anufrijeva v Southwark, which considered the circumstances in which ‘maladministration constitute[s] breach of Article 8…It held that it is the failure by a public body, in breach of duty, to provide an individual with a benefit or advantage to which he is entitled under public law which is capable of breaching his human rights.’ Further, delay ‘is capable of infringing Art.8 where substantial prejudice has been caused to someone. It directs that in considering whether there has been a breach of Art.8 “it is

necessary to have regard both to the extent of the culpability of the failure to act and to the severity of the consequence. Clearly, where one is considering whether there has been a lack of respect for article 8 rights, the more glaring the deficiency in the behaviour of the public authority, the easier it will be to establish the necessary want of respect.”’

The court considered that though ‘Mr Idolo’s predicament could well be recognised as severe’ and the delay in re-housing was ‘long,’ ‘neither Anufrijeva nor Bernard is authority for the proposition that a compensatable breach of Art.8 through delay may be found unless the delay is attributable to a breach of legal duty with an element of culpability involved.’ In the absence of a breach of legal duty or a finding of maladministration, the court did not find a ‘breach of statutory or more general public law duties – I do not find a basis in the authorities for simply inferring lack of respect for fundamental rights, or culpability, from the fact of delay. More is needed.’ Namely, the court noted that it did not find an ‘additional element of lack of respect or culpability on the facts of this case.’

The court noted that ‘permission to bring judicial review proceedings was granted in this case on 25th September 2019, after Mr Idolo had accepted the offer to rehouse him and during the period in which matters were actively in hand to organise the move and to meet his needs for adaptations. The case has proceeded since then entirely as a claim for damages for breach of the Human Rights Act.’ It was suggested by Mr Idolo’s lawyers that he was seeking compensation of approximately £10,000.

The court observed that:‘The guidance could not be clearer about the public policy and administration of justice considerations engaged in cases of this sort. Concerns were raised in that case that, bearing in mind the state of the authorities on the level of damages recoverable for breach of Art.8, the cost of the proceedings would be totally out of proportion to the damages likely to be awarded, even where the proceedings were conducted as economically as possible.’

The court further noted the guidance in Anufrijeva that ‘a claimant should expect to have to explain at the permission stage why it would not be more appropriate to pursue internal complaint procedures, or proceed via the Parliamentary Commissioner for Administration or Local Government Ombudsman – systems designed to deal economically and expeditiously with compensation for maladministration. There is also a strong steer towards alternative dispute resolution, and towards other ways in which proportionate resolution of this type of claim for damages can be achieved.’

The court expressed concern that in seeking £10,000 in compensation, ‘this litigation, publicly-funded on both sides, will no doubt have cost the public purse very many times that sum.’

This case is primarily highlighted for its discussion of Article 8 in light of the Care Act as amended by the Coronavirus Act (the ‘Care Act easements’), which alters the Care Act eligibility framework so as to require local authorities to provide care and support only where it is necessary to avoid a breach of the human’s rights. As previously discussed, a difficulty for local authorities in applying the new framework is the lack of clarity of when a failure to provide care might result in an Article 8 breach.

Here, the court the consideration that a breach of the positive duties which flow from Article 8 are likely to be found only where one of the following exists:

· A breach of statutory duties relevant to such a breach, or

It is clear from the judgment that while breaches due to culpable delay or a lack of respect for human rights are not readily found, they are possible, and local authorities must be cognisant of this possible. While not approaching the relative precision of the former Care Act eligibility framework, this case does provide important guidance on the need to ensure appropriate processes are in place to identify when Article 8 rights may be engaged by a lack of care and support, and ensure appropriate support is provided in a timely fashion.

← Claims against trespassers – make sure you DON’T know your defendant
CORONAVIRUS REGULATIONS: THE LIST, SUMMARIES AND LINKS (TO MAKE YOUR LIFE EASIER) →
Join 15,785 other subscribers